Skip to content
My LED Lights are Too Hot!

Years ago, when all we knew were incandescent lights, bulbs were known to get extremely hot, in some cases to the point of inflicting a serious burn if it made contact with skin. This was standard practice and accepted as lighting went. As lighting has changed and our technologies have improved, efficiency has drastically improved as well as design and function. One thing remains constant. Lighting creates heat. 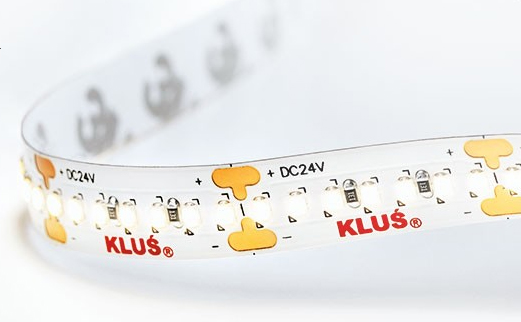 It is often a misconception that “all this new LED technology is so great because they run cold”. Unfortunately, science hasn’t changed enough to completely eliminate heat from our light sources. In our process of trying to create different degrees of brightness and color temperature, the inefficiencies in converting energy to the light desired results in energy wasted and this energy is in the form of heat. It is true that this heat will be much less than the incandescent of the past, but heat is still produced. As an example of this increased efficiency, if you look at a 60W incandescent bulb which has an output of around 800 lumens and compare that to a KLUS 1910 model of LED that is approximately 3 watts/ft or 113 lumens per watt, resulting in 6,780 lumens for that same total of 60 watts. Due to the way the lighting is laid out and the amount of power generated, both will create heat but the LED will be considerably lower across the entire piece.

An LED’s lifespan is very dependent on the operating temperature of the product. Most KLUS LED strips have a max operating temperature of around 140°F. By staying at or below this temperature, you are expected to gain the most life out of the product, exceeding the temperature will still allow it to function but properties like lifespan and color will be diminished at a much faster rate. This is where the use of a KLUS extrusion model greatly plays a part in getting the full life out of the LED that is expected. KLUS aluminum profiles allow you to adhere your LED flexible strip inside creating a bond between the back side of the LED flexible strip and the aluminum, allowing for the excess heat produced (due to our previously mentioned inefficiencies) to draw away from the LED itself and be dissipated by the aluminum extrusion into your surrounding environment. In return, yes, the aluminum profile itself, as well as its components, will increase in temperature, in most cases being warm to the touch but in some instances reaching temperatures that may still be uncomfortable and even exceed the LED suggested operating temperature. In this case, the KLUS extrusions are doing their job, by drawing the heat away from the LED creating the environment needed for that LED to obtain a fully efficient life. It is very rare for an LED profile/extrusion to burn someone unless the maximum requested wattage made by the manufacturer is not adhered to.

Yes, new technology LED lighting can and will get hot, but when compared to the lighting of the past, temperatures are much safer. The heat from the lighting will also warm your surrounding environment but in comparison to old incandescent lighting, this ambient heat is greatly reduced when using LED lighting. This reduction in your surrounding area temperature is again another example in savings due to the fact that you will now require less power to cool the area through your surrounding climate control system. KLUS LED flexible strips can be used by themselves but we would always recommend pairing a KLUS aluminum extrusion to it to get the most for your money.

If you would like to learn more about how to integrate KLUS LED lighting systems into your home or business, please contact us or one of our representatives in your area!